Droughts in East Africa are becoming more and more frequent

Is there even a chance of life?

“First, the drought hits the animals, then the people.”

On Jan. 13, 2022, the vice president of Somaliland declared an official drought. Currently, 810,000 people in the communities need emergency aid and it is assumed that this number will rise to over 1 million in the coming weeks.

But what’s so severe about a drought?

A drought is a prolonged dry spell that results in water shortages, crop destruction, and hunger. The lack of rainfall over an extended period of time threatens the lives and livelihoods of millions of people.

Droughts have always existed in East Africa. But they occur more frequently today than they did a few decades ago. In the past, rainy and dry seasons alternated which created the best conditions for two harvests each year.

One was in January and February, the other in July and August, each following the rainy seasons. Due to climate change, this rhythm no longer exists, which is one of the reasons why people in villages suffer hunger.

„Depending on the region, about 50-90 percent of the livestock has died. The remaining animals can hardly be sold because of their poor condition.”

Muna lost her home and sources of income due to the drought. 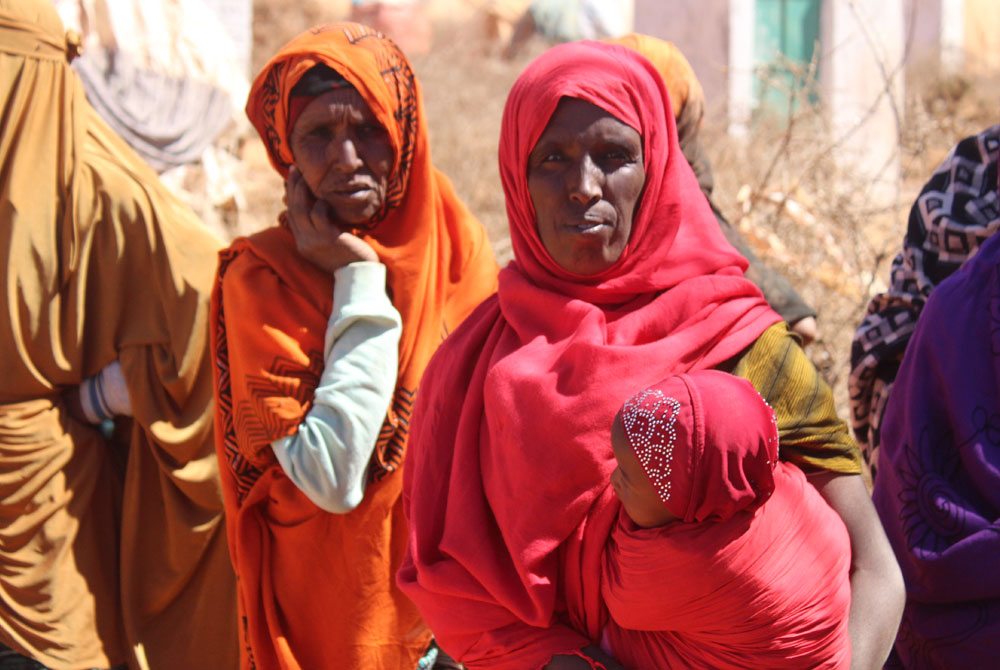 We met Muna in the Salahley IDP camp. She and her eight children welcomed us in front of their tent where she told us her sad story.

“We used to be pastoralists and lived off our animals. We had milk, meat and could sell some animals. But more and more often the rains failed to come. The drought gradually destroyed all our livestock, and so we could no longer eat, and we could no longer buy anything.

The children were crying because of hunger, and we finally had to flee and leave everything behind. We came here and live in this tent with many other families.”

In this refugee camp, we provide families with water, food, and training. We want to give them hope for a home again, where women can get an education, children can go to school and where they don’t have to suffer hunger anymore. What a contrast to Germany.

At the end of our conversation, Muna said, “We are very grateful for Tearfund Germany because they supported us and gave us some hope again.”

What Tearfund Germany does

So how exactly do you help in a drought?

Our main goal in Somaliland is to strengthen village communities so that people can manage their local problems and crises themselves! Therefore, our work is directly aimed at increasing resilience of communities and households to cope with the effects these droughts.

Drinking water is most important in times of drought. Thanks to donations, we can organize water tanks and water filters that people in remote refugee camps desperately need. In addition, we are working together to create sustainable vegetable gardens and greenhouses so that different types of vegetables are available. Along with this, we are conducting cooking classes with mothers.

Family health advisors are being trained to educate people about making healthy food choices. We are also developing measures to secure water supplies and soil fertility in the long term.

To answer the question asked at the beginning: Is there any chance of life at all?

YES, absolutely! Absolutely YES! In Psalm 82:3, God asks us to give justice to the poor and the orphan, and to uphold the rights of the oppressed and the fatherless.

“Give justice to the weak and the fatherless; maintain the right of the afflicted and the destitute.”

God does not want anyone to live in poverty. Neither does Muna and her eight children. Therefore:

What can you do?

You can become a part of this hope! With a project sponsorship, you will support our projects and families in Somaliland in a sustainable way. But we are also grateful for individual donations in times of this drought crisis. 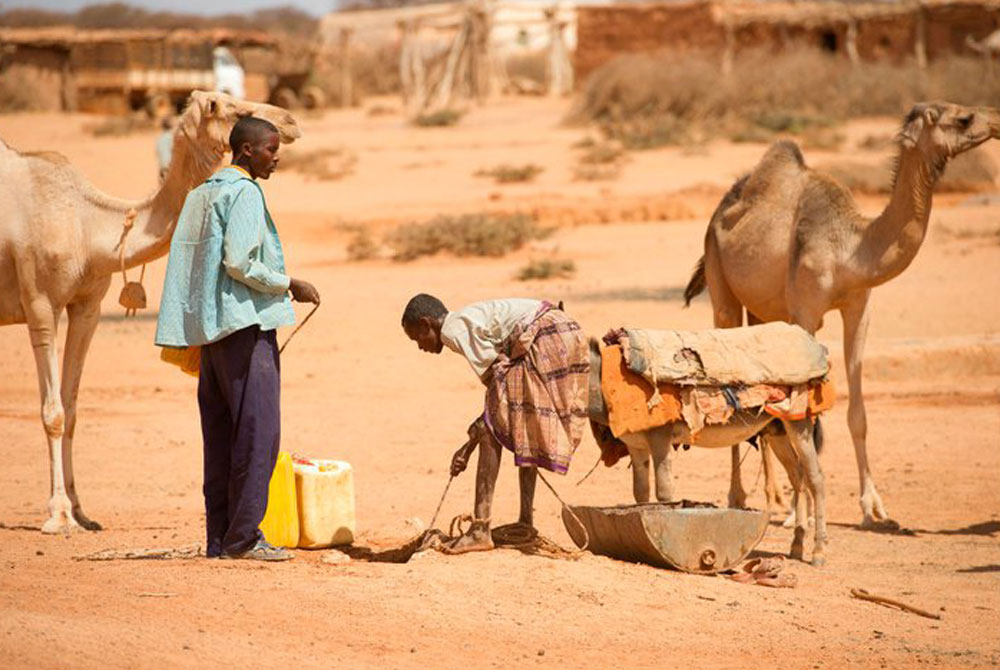 We are a Christian aid organisation. That is why we also believe in the power of prayer. If you want to support us and the people in Somaliland with prayer, please register here. In the past, we have experienced many miracles through prayer and we are deeply grateful for everyone who prays, especially in these times.

After having read this blog article, I thank you for your interest in our work. If you have any questions about project sponsorship, donations or prayer, Jelena is the best person to contact. She will be happy to hear from you.

If you have any questions about project sponsorship, donation or prayer, Jelena is the best person to contact. She will be happy to hear from you.