On the Way to Peace – Interreligious Dialogue in Pakistan

A guest article by Julia Prigge-Musial, Peace and Conflict Researcher

Pakistan – the land of religions

How can peace among religions succeed? 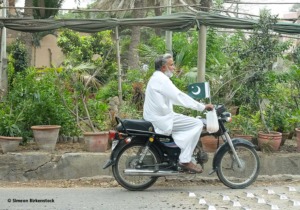 What would I expect in Pakistan? With this question, I land in September 2019 in a country that is still unknown to me. This moment when I breathed in the many new smells at the airport is still fresh in my memory. Four weeks are ahead of me and I exchange my jeans and fall sweater for the colorful traditional clothing of Pakistani women, Shalwar Khameez, a pair of wide pants with a colorful tunic. Now I feel ready to immerse myself in the life, culture, and streets of my new surroundings.

I am fascinated by the many faces, colors, and languages that mingle into a jumble of voices in the large city that will host me for the next few weeks. Punjabi, Urdu, Pashto, Sindhi, and many more. Nearly 70 ethnic groups live in the major city of Karachi alone, and many have their own languages. Almost all religions are represented in Pakistan and I learn that the crescent moon in the green national flag stands for the state religion Islam and the white star for the religious minorities. When the state was founded, this was supposed to be a sign that Pakistan was also the home of religious minorities.

The reality today for many Christians, Hindus, and Ahmadis, to name a few, is different; they experience disadvantages in their daily lives. True, all Pakistanis drive through crowded streets, visit the same markets, and all are equally surprised by the rain that continues to marvel everyone once again every October. Yet ethnic and religious groups live in their own small or large parallel worlds; personal encounters between them hardly ever take place. Unfamiliarity, lack of understanding, and ignorance give rise to conflicts that are passed down through generations. It is not uncommon for one’s convictions to become more radical and extreme. Not always, but occasionally, this leads to violence or religiously motivated attacks.

What does it take for a society to live in peace?

From Conflict to Reconciliation – Inspiration from Peace Research 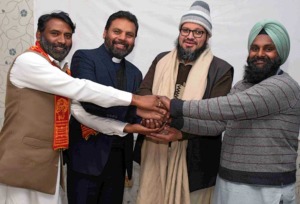 I am inspired by the approach of peace researcher John Lederach, which he calls conflict transformation[1]. He assumes that societies can change, i.e. transform, and that peaceful coexistence becomes possible even if conflicts have existed for a very long time. To achieve this, all groups must be involved as much as possible, not just those who speak out in politics. All groups also mean those who otherwise do not get a voice, the minorities, women and young people, or the various religious groups.

Conflict transformation means that the groups, as different as their opinions may be, come into dialogue with each other. When people meet, ignorance becomes acquaintance, incomprehension becomes understanding, and unfamiliarity sometimes even becomes friendship. This is how attitudes change and relationships between groups improve. Such a transformation often takes a long time and progresses in small steps. And, of course, it also requires that everyone involved wants a change – because no one can be forced to live together peacefully. So much for the theory.

This brings us to another question: What role does religion play in such a change in society?

Part two of the theory is, therefore: Almost every religion has peace-promoting aspects. The Christian faith, for example, calls us to reach out to our neighbor, to do good to him, and to want the best for him. To think good things about a stranger and to act accordingly. To strive to resolve conflicts peacefully. Islam and other religions also strive for peace. When individuals take these aspects of their religion seriously and seek common ground, overcome prejudices, and get to know the people of the other religion and worldview, then interfaith dialogue becomes a wonderful example of conflict transformation.

Tearfund promotes such interfaith dialogues through peace groups in Pakistan. They function like small peace processes. Leaders from different religions meet in these peace groups and initiate projects so that Muslims, Christians, Hindus, and other groups can talk to each other. They discuss what they can do in their neighborhoods to make reconciliation possible. The members of the peace groups are well rooted in their religious communities. This helps them to explain to others the concerns, wishes, and fears of their group. At the same time, they are a mouthpiece of the peace group to the followers of their religious group, where they work against separation and for coexistence. 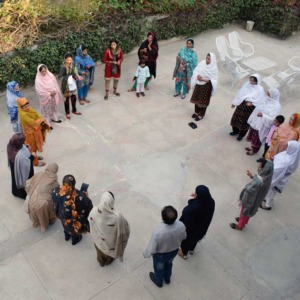 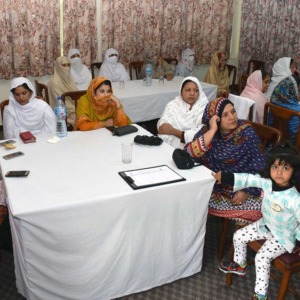 When prejudices are broken down through an encounter project, when two people with different faiths start talking about what they have in common, and when someone acknowledges “I didn’t know it was like that with you too,” these are small successes on the road to peace. The peace groups try to present their concerns in the media and to the outside world so that even more people will be inspired by the idea of encounter. At the same time, they want their efforts for peace to be heard in politics as well. There, too, laws must change and religious freedom must be taken more seriously.

The members of the peace groups also know the challenges. They do not always have the backing of their communities, or at least not from the start. Moreover, an encounter project can falter when religiously motivated attacks fill the news and many people are filled with anger. Such news makes them aware of how far reality is from their vision of peaceful coexistence. However, there are also moments of success. For many, it is their faith that keeps them clinging to the idea of transformation. In the hope that, despite everything, the situation in Pakistan can be improved and demarcation can be overcome. That small steps toward peace are worthwhile.

As I board the plane after four weeks, I am moved by the courage and the power for change that I have encountered in meetings and conversations. I wish that many more people in Pakistan will set out to get to know each other and not give up hope that Aman, Solah, and Pisah, as peace is said in Urdu, Pashto, and Punjabi, is possible.