The Humanitarian Crisis in Yemen

Children and young people who suffer most 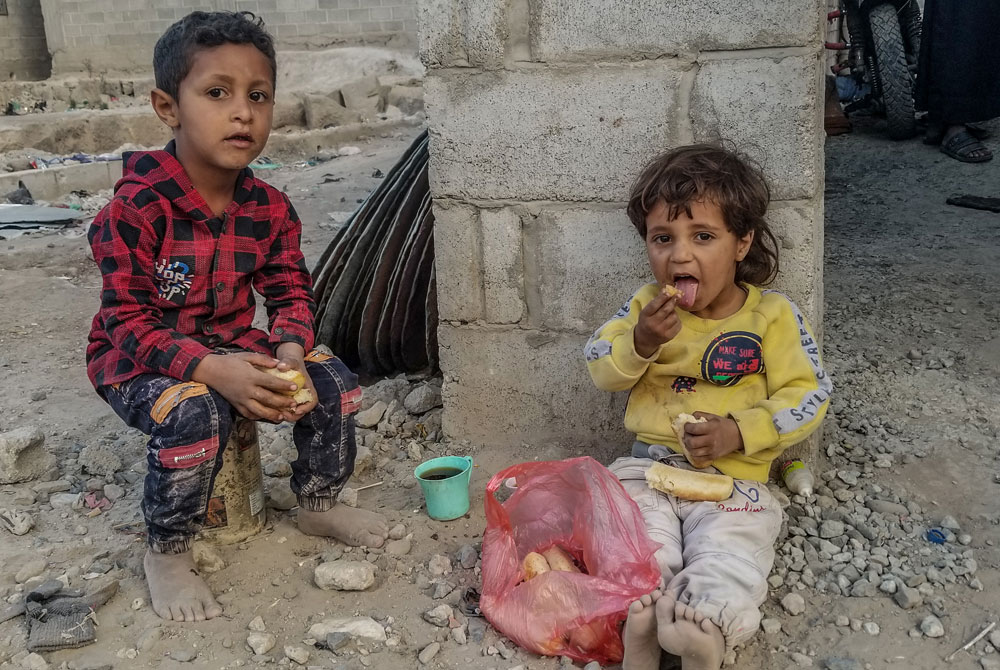 The current humanitarian crisis in Yemen is sad and frightening. Even more frightening, however, is how many people in Western countries have not even heard of it. Yemen has long been one of the poorest Arab countries. Today, it is the scene of the world’s largest humanitarian crisis. It is the worst crisis in over 100 years. The conflict causing the situation is very complex and has been going on for many years.

Religious and political disagreements have continuously been causing clashes and uprisings between different groups. The so-called Arab Spring gave hope for improvement in 2011. Men, as well as women and young people, took part in protests and campaigned for change in their country. Unfortunately, new elections never took place despite being announced after the president’s resignation.

Instead, rebels captured the capital Sanaa in 2014. The situation ultimately escalated in 2015. Since then, there has been a continuous war for power in Yemen. This war is between Shiite rebels and a military alliance led by Saudi Arabia, which supports the interim president and the military that has been in office since 2012.

The people of Yemen have been suffering under this situation for so long that the consequences are severe.

According to the United Nations, the conflicts in Yemen have put the country at the highest emergency level, Level 3. This means the local population is fighting for survival day after day in unacceptable circumstances. The war has led to an economic collapse, blockades of ports, fuel shortages, and a huge increase in prices. As a result, provisions for the population have not been reliable for years now.

So many countless bystanders who would simply like a normal life and security for their families are suffering from the fighting.

Over 24 million people in Yemen, half of them children, need help and support. Instead of growing up feeling protected and able to dream of a dazzling future, day after day they simply struggle to survive. One of the most serious problems is the prevailing famine. 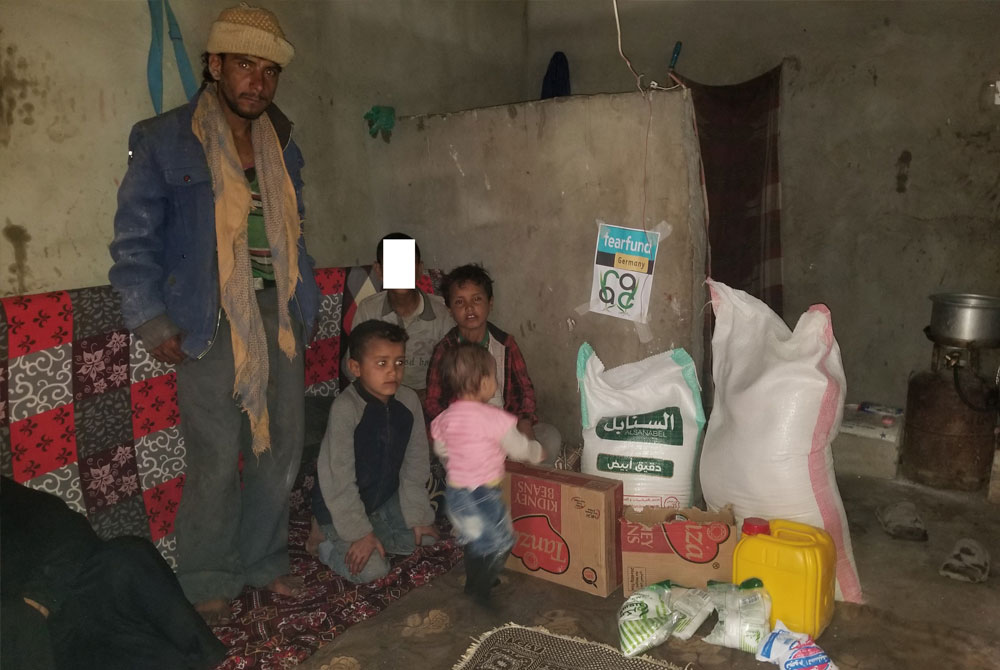 As a result, there is no way to combat not only the spreading cholera epidemic but also coronavirus, which is spreading inexorably and has hit Yemen particularly hard. These living conditions sound unimaginable – terrible – and completely inhumane to us here in Germany. For our fellow human beings in the south of the Arabian Peninsula in Yemen, however, they are a harsh, daily reality.

Our projects – How Tearfund Germany helps in Yemen

We as a non-profit association cannot and will not simply watch the suffering of the people in Yemen.

Especially for children and young people, there has to be hope and perspective that goes beyond simply surviving the next day. Similar to children who are lucky enough to grow up in a better situation, these little people manage to dream of a different life in the future. For example, they dream of becoming a doctor or a teacher, to have their own family, a safe roof over their heads, a beautiful garden – simply living happily and in peace.

We want to help ensure that these dreams do not remain empty wishes, but will one day become the reality for a new generation in Yemen.

We, therefore, help not only with acute problems but also strive to improve the living situation long-term at the same time. Against hunger, we provide children and their families with food parcels. We also help them sustainably secure a consistent supply of food, for example through home gardens and small animal husbandry. We provide water to internally displaced people and build cisterns to collect rainwater so that more water is available in the long-term.

We have a WASH, project with an association of aid organizations to which we belong. The WA in WASH stands for water supply, the S and the H for other important aspects that are essential to combat the humanitarian crisis in Yemen, namely sanitation and hygiene. This not only gives Yemenis back a more comfortable standard of living and a measure of human dignity, but also prevents the further spread of epidemics.

We also want to improve the health situation for pregnant women and young mothers, advising them on nutrition, vaccinations, etc.. Only in this way can there be hope that their babies will one day have a better life. This is what we and our local partner organizations are fighting for every day. 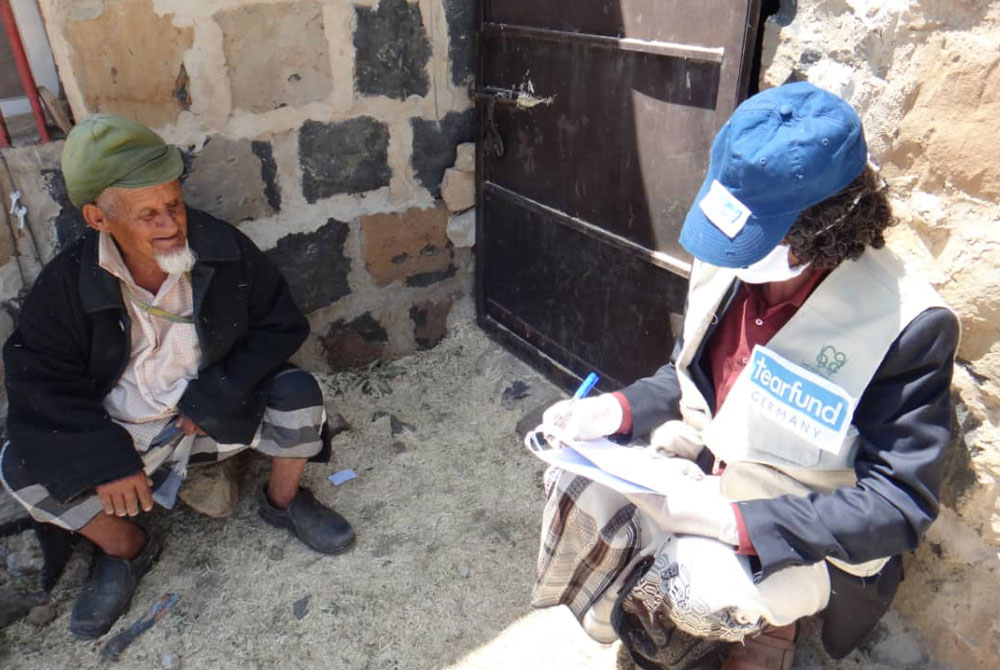 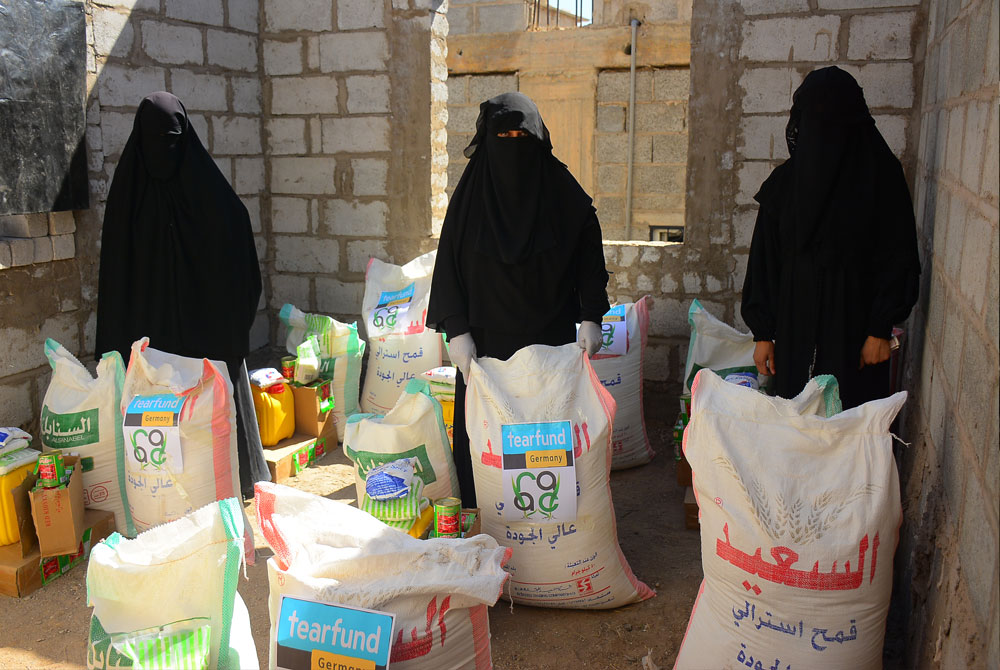 How you can help the people in Yemen

Ultimately, one of the biggest and most tragic aspects of the situation in Yemen is how it continues to get lost in the West among other news from around the world. Many people’ willingness to help cannot be realized if the humanitarian crisis completely bypasses them. We need your support to be able to give the people in Yemen a better life and the support they need and deserve.

Naturally, we hope with all our hearts that the war will end soon and that there will be reconciliation. But until then, our role as an aid organization that is perceived as a neutral helper on the ground is all the more important.

Yemen is heavily dependent on humanitarian aid at the moment and will probably be for some time to come. Providing this aid is a matter close to our hearts which relies on your compassion and help.

Your donation will go directly to one of our projects.

With your donation or project sponsorship, you give children and young people in Yemen the hope that every human being needs to survive. Even a small contribution to our work, which does not seem like a big sacrifice for you, can change lives in Yemen if not even save them.

Your donation goes directly to one of our projects. In this way, you provide direct assistance in times of need, help families to breathe a sigh of relief for the future, and support them to finally be able to live their lives again with a sense of security. On this basis, you give children and young people the opportunity to laugh and dream, as children should, instead of having to live in fear.

We already thank you from the bottom of our hearts for your generosity and charity. It is only through people like you that Yemen will have the opportunity to overcome this grave crisis and emerge stronger than the beautiful country it once was. Full of friendly faces and an unforgettable experience, both in scenery and culture. This is how Yemen was once perceived and we hope that one day it will shine again with this reputation.

Donate now and change the destinies of people who deserve to feel happiness and security again.

Become a Sponsor and support our projects!